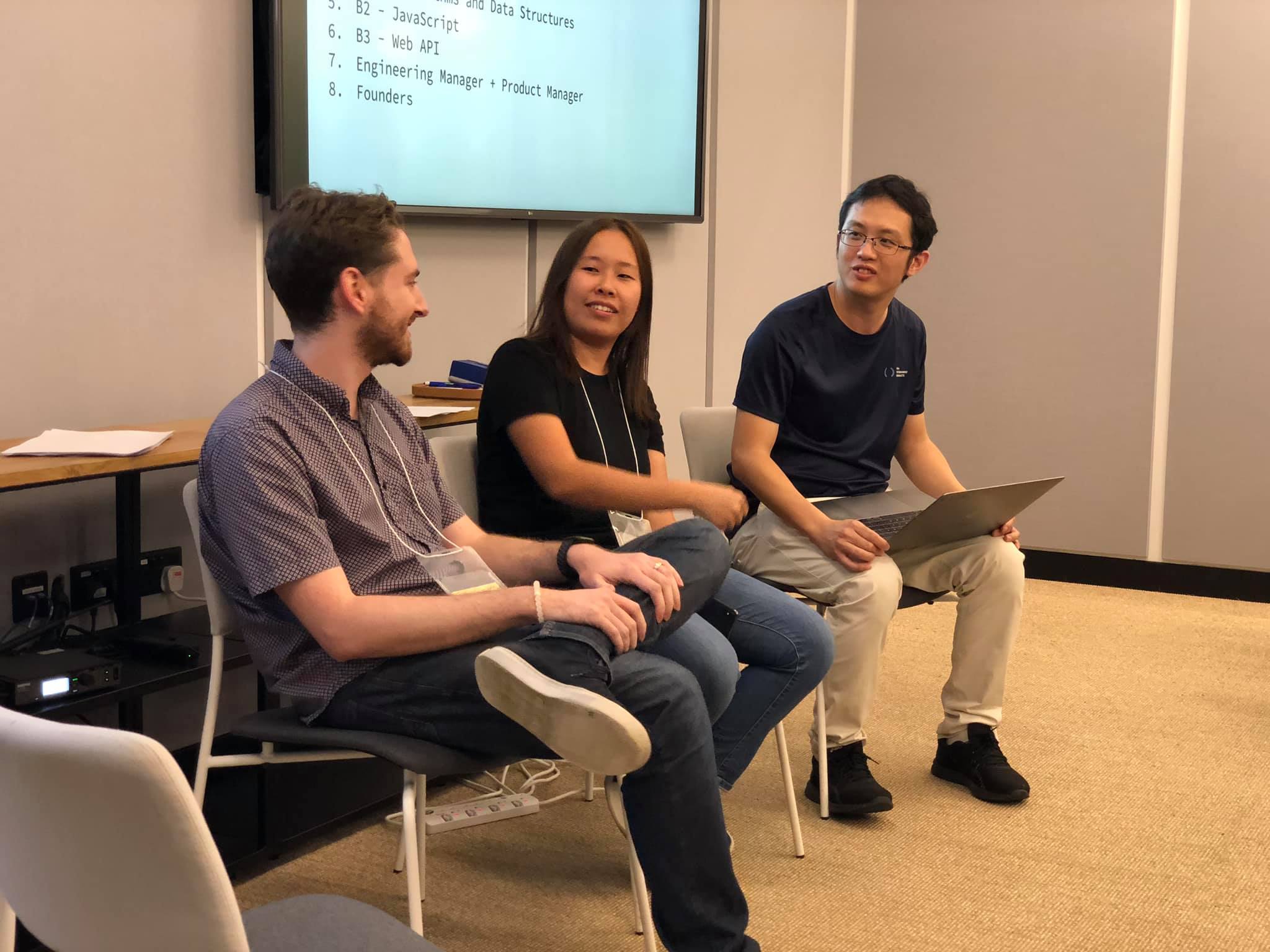 Interviews are hard if anyone says it's easy.

Has either fully prepared themselves before they go for an interview or has encountered multiple rejections through learning from their mistakes.

If you throw in interviewing for developers, that's another ball game. Which raise tons of eyebrows when you had gone through a technical interview process with a company.

This is one of the mentoring topics for JuniorDev SG for last Tuesday in WeWork Funan generously provided by GovTech Open Government Products.

In this session, a panel discussion was created.

With mentors who was part of the interview process to conduct interviews to hire developers for their company or organisations. 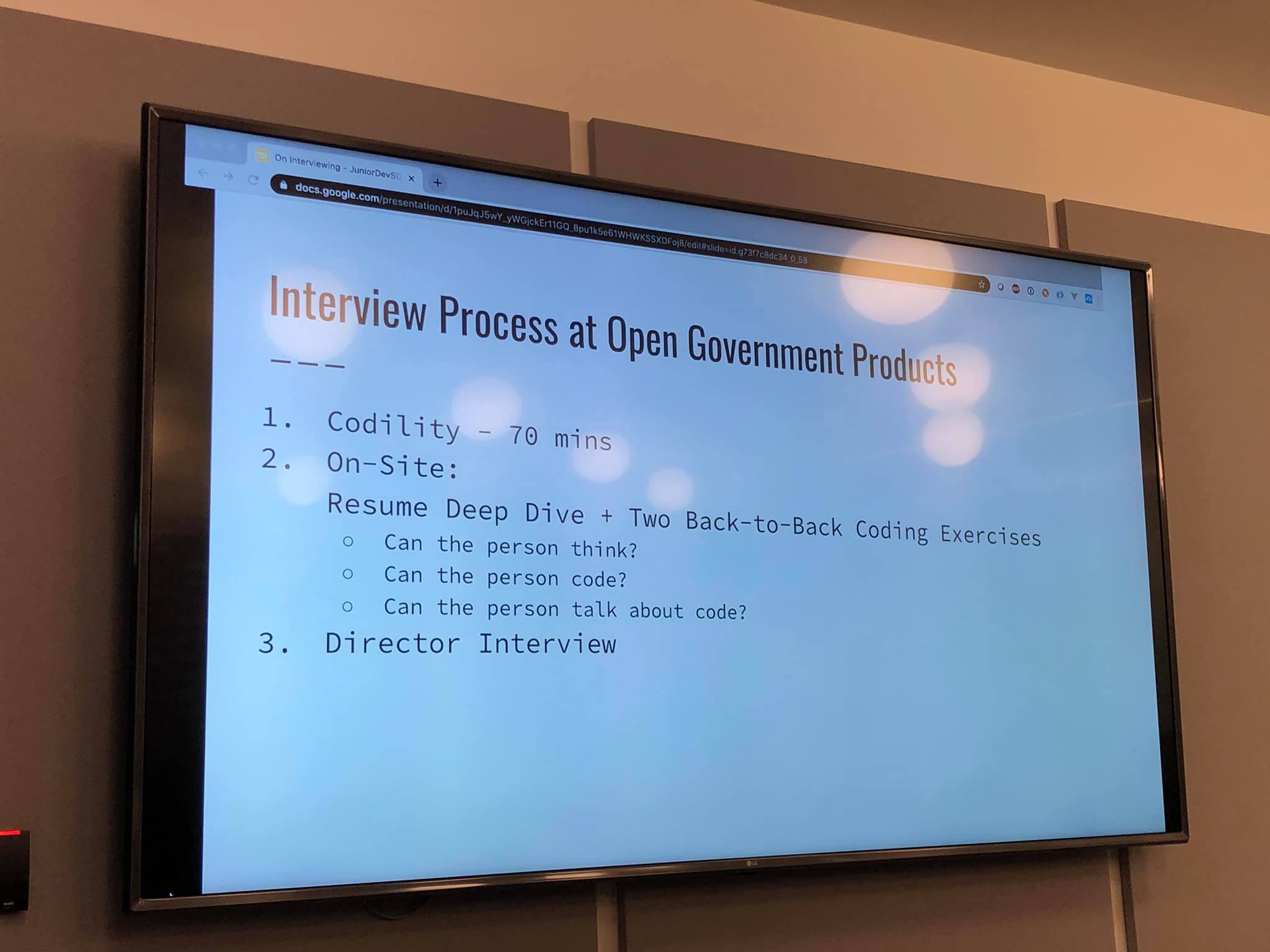 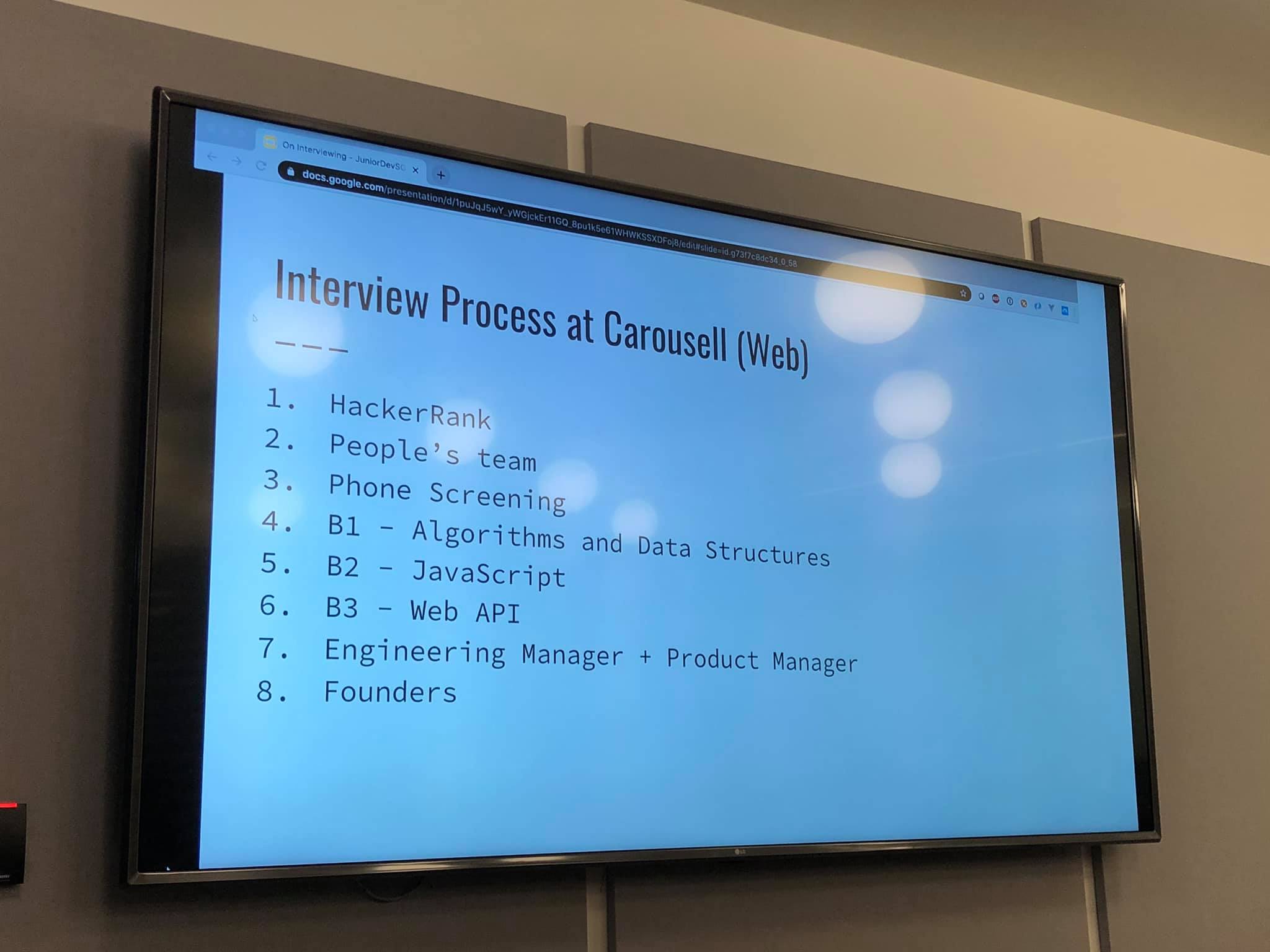 Despite the differences in size for startups in different series stages and GovTech.

During the panel discussion, It was apparent to me that for these organisations.

They place an emphasis in their one of their interview rounds.

To look out for soft skills like the articulation of their one's ideas, asking questions and being human to gauge the suitability for their organisation.

For technical assessment, coding platforms like Codility, Hackerrank are used for larger organisations.

Whereas for one of the smaller company, the initial stage of the interview will be towards the phone interview, portfolios websites, GitHub profile, StackOverflow or even referrals.

Things They Don't Look For a Candidate

I will list down some of the common red flags that were pointed out during the panel discussion by the mentors.

Instead, you could just say ""you do not know the answer for it"".

List down the steps or the different approach to solving the problem even you have no idea on how to answer it.

It is Alright to Get Rejected

During the panel discussion, all of the panellists have listed out that their success rate for their interviews is not 100%.

One of them said that he had a higher success rate as he picked his own battles when going for interviews.

He does this by avoiding companies with tougher technical interview questions.

Ultimately it comes down to having to go through multiple interviews to get the flow of it to land into a developer job if you are rusty for it.

Having multiple interview sessions scheduled helps a lot to reduce the impact a rejection means to you.

I hope that these tips will be useful for your next interview as a developer.

Lastly, there are tons of reasons to be rejected after an interview with a company.

It might be a matter of luck or it could be totally random.

As they might hate what you were wearing on the day. So please don't be critical about yourself and move on after reflecting on what could be improved on.